Commoning Digital Spaces is a good first step. But it has to go much further than that. Our experiences with implementing a community-owned mesh network in Bidar brought up questions that really don't fit into the neo-liberal imaginations of internetworking. In projects like these, spaces have to be made for the people, the place and their histories with each other. 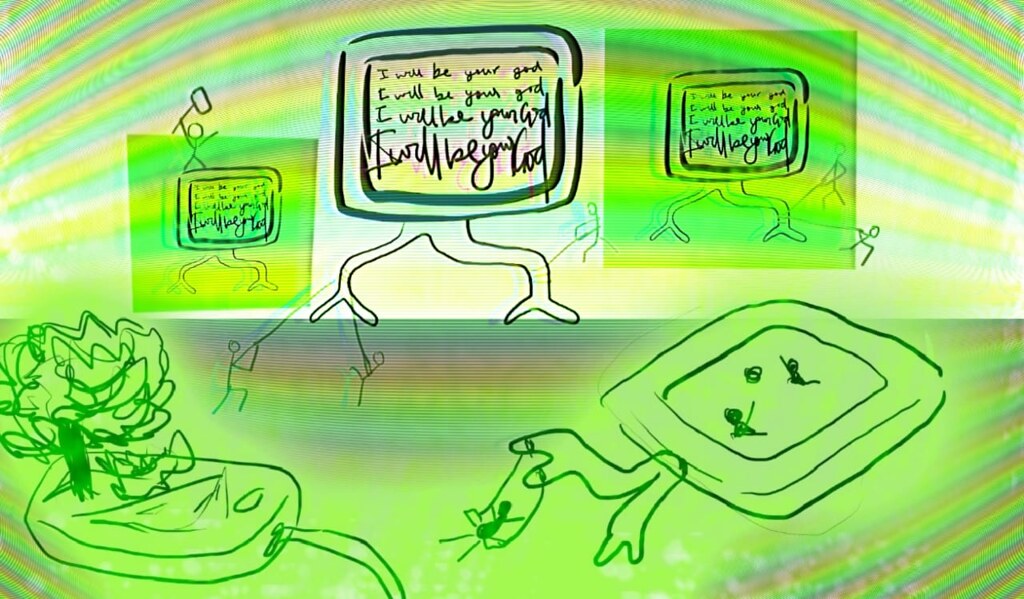 But Digital Commoning might also bring out new imaginations of how technology can be used to support over solve, a relegation to a smaller role. The narratives of tech-saviorism are still very prevalent in the movement. These will still lead us down the path of creating privileged, reductionist spaces that will still be non-inclusive.

What are the alternate imaginations of the Phygital spaces, the Caring Communes, the Fertile Forests that emerge from the cracks?

Understanding the optimism of the digital commons also means to be aware of its limitations and pitfalls. What it then offers us is the opportunity to shift away from tech-saviourism and understand it for it is - a limited tool that still hasn’t developed to be complex enough to respond to deep cultural histories or inclusive enough to accept the narratives of specific people, places and events or flexible enough to adapt to different imaginations of “internetworking” or the patience to deal with non-capitalistic timeframes, the everyday mundaneness and all the associated inbetweens. But what this understanding also offers us is the knowledge of the in-betweens that technology cannot “solve/cover”. We then come to the conclusion that technology must work to support over solve.

We recently were part of a project to establish a local mesh network to act as an intranet of local archives that would collectively function as a knowledge network. During the course of the projects we came to see both the limitations of technology but also the fertile grounds that it would come upon. We would like to present narratives from the field of possibilities and futures that our network members came across. This would also be an experiment in co-authoring, since many of our network members speak english as a third or fourth language (if at all) and writing as a form of documentation seems to become more and more evident as a western hangover, we would like to try it out in this format in line with a longer series of experiments we have been running.

Reflections and Thoughts on the piece

My Portfolio and My Statement

Hi, My name is Micah the snippet I give when they ask for a short bio Micah Alex (he/him) aspires to be a maintainer among various col...

Hi, My name is Micah Follow @micahalex_ Instagram the snippet I give when they ask for a short bio Micah Alex (he/him) aspires to b...

This piece is a group reflection of a project run in Bidar, India, to set up a community mesh network facilitated by Living Labs Network ...

This work is licensed under a Creative Commons Attribution-NonCommercial 4.0 International License